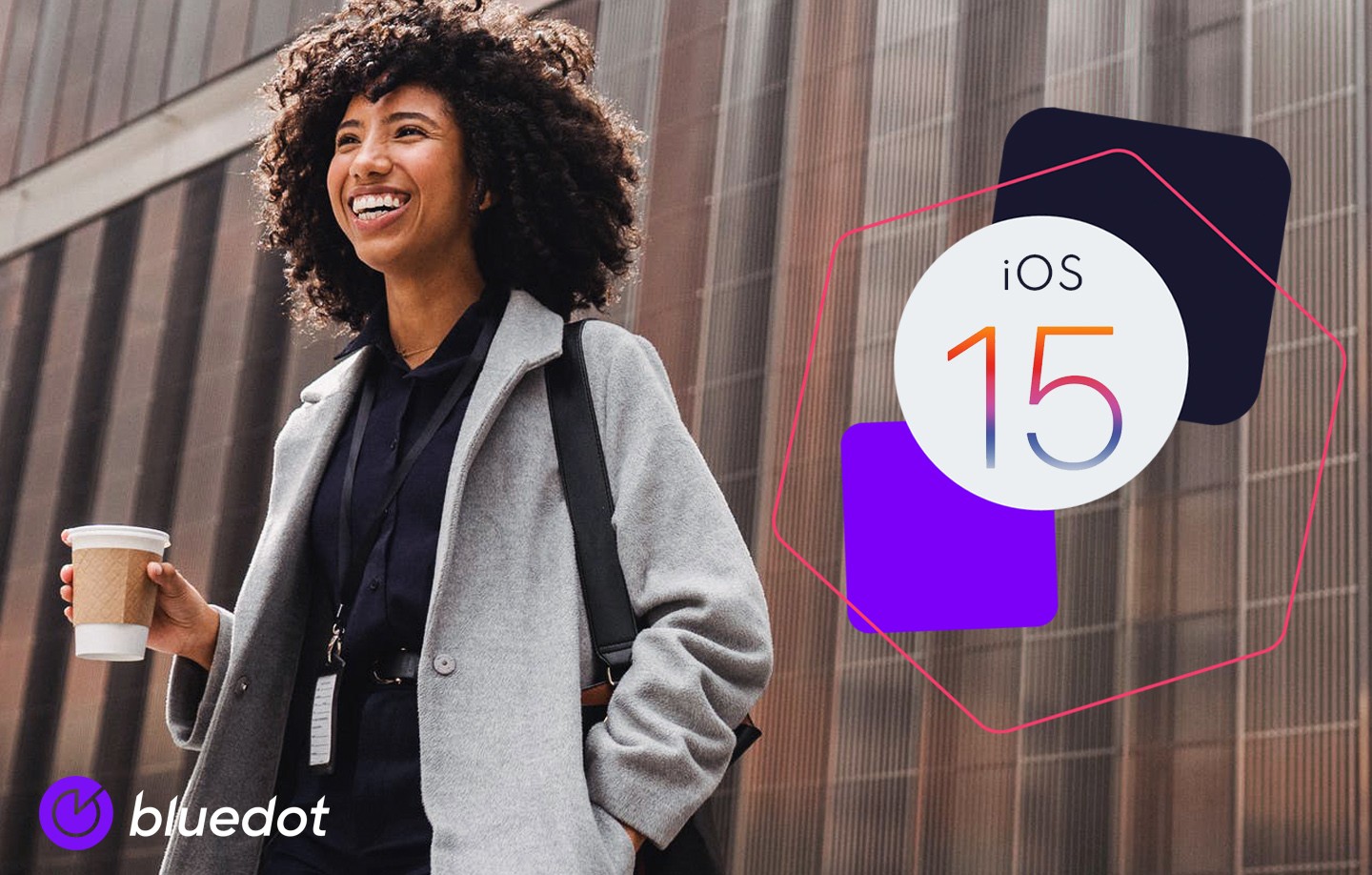 Apple has always been focused on privacy, and this release is no different. In iOS 15, Apple added privacy features to Apple Mail and Safari. They also introduced a new section in settings called the “App Privacy Report”. This report provides increased visibility to end-users on how and when an app accesses sensitive data such as location. Lastly, Apple released a new Location Button, granting temporary access to location data.

Let’s take a look at what has changed for location and privacy with iOS 15, and how it will impact app developers using the Bluedot SDK.

The App Privacy Report will detail all usage of permissions by each app within the last seven days. By listing how often each app has accessed functionalities such as location, camera, contacts, etc., users will gain greater transparency of when and with whom their data is shared with. 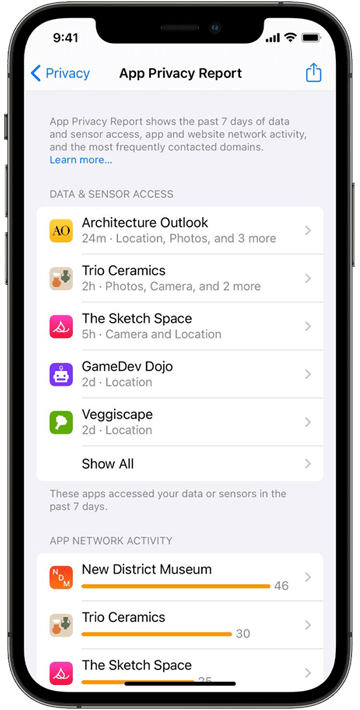 Similar to app tracking and approximate location functionality introduced in iOS 14, the App Privacy Report further reinforces the necessity to clearly and contextually communicate the value the user is deriving in exchange for allowing continued access to their data.

Based on a user's permissions setting, Bluedot's SDK will only access location data when running geo-triggering or Tempo services. Providing clear communication to users on why the app needs location data will be important in your app strategy to cover off transparency and App Privacy reporting.

Additionally, the App Privacy Report will provide insights into data sharing by listing the domains each app contacts. Bluedot never shares data with third parties.  The only domains contacted by the SDK are those used to power Bluedot Services and the brand itself. 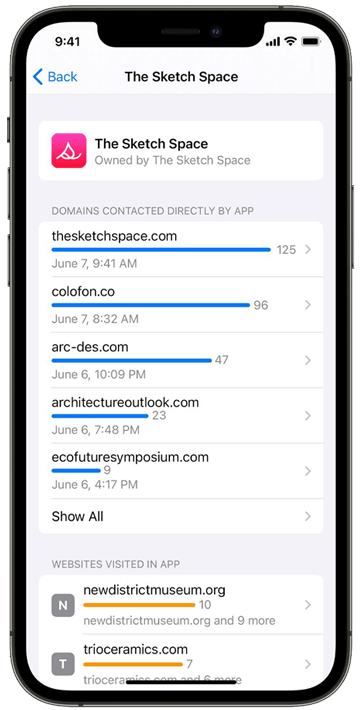 Apple has not yet made the App Privacy Report available in the Beta releases, indicating it will likely arrive as a post-release update to iOS 15.

The availability and practicality of the Location Button will further encourage end-users to give location permission, providing app developers an opportunity to deliver high-value, location-based experiences.

Bluedot SDK is fully compatible with the Location Button and will operate while the app has been granted location permission.

iOS 15 also sees the introduction of Swift 5.5, which contains several very useful new language features that will give developers some powerful new tools when developing for iOS.

Most notably for developers using the Bluedot SDK, the new Async/Await functions offer a powerful new way to call asynchronous API methods. More will be written soon about the new language features with detailed instructions on how to utilize them to integrate the Bluedot SDK.

The Bottom Line for iOS 15

With the introduction of the App Privacy Report and the Location Button, it is now even more critical than ever for apps to be transparent on data and sensor access. Accessing user and device data only when necessary, providing clear and contextual information as to why, and communicating the benefits users can expect to receive in return will maximize the uptake and retention of data access. At Bluedot, we work closely with our customers and ensure that their app(s) communicate effectively to end-users on how the app intends to use data, for how long, and contextually explains why access is needed to end-users.

New Release: The State of What Feeds Us V